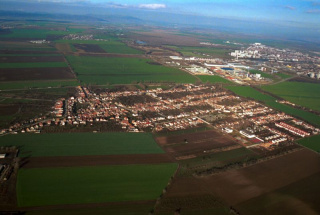 The village Hrnčiarovce nad Parnou is situated in central part of Trnava´s plane south-southwest from the city Trnava. Its cadastral area is approximately of squared shape with the spread 1632 hectares. It borders with the cadastral areas of Biely Kostol, Trnava, Zeleneč, Pác a Cífer.

Hrnčiarovce with its environmental falls within the warm, mild dry climate zone. The average annual temperature ranges 9-10 °C and the annual rainfall is 550 mm. Predominant part of the cadastral area belongs to the basin of the river Parná. The hydrological system is formed by two water-courses – the brook Parná and the artificial channel, which was built up in the past simultaneously with the primary course.

Mostly plain territory is covered by high-grade muck and nearby the brook Parná čiernice.